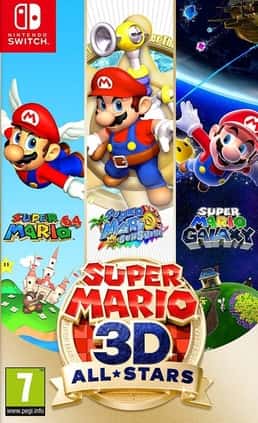 Mario 3D All Stars was released on September 18, 2020 - Now, normally, I wouldn't write about newer game releases, but I feel like this game is definitely worth the attention of any and all retro fans. I regret to admit that my playtime on 3D All Stars is relatively low, but I still have a lot to say about it. My status as a Mario fan might get revoked after saying this, but I've never actually played Sunshine until I picked up the 3D collection. The other two games, however, I have a sizable amount of playtime on. I am most interested in discussing this release of Mario 64. The version of Mario 64 used for the 3D collection is the Shindou Pak Taiou Version, released exclusively in Japan after Mario 64's success in the west.

This version utilized the Rumble Pak, along with adding more bug fixes and overall improvements. Most of the differences in this version can be attributed to the Shindou version; most notably, the removal of a certain infamous line pertaining to Bowser's sexuality, and the Backwards Long Jump speedrunning tactic. Admittedly, I was a little upset to hear that I wouldn't be able to perform a BLJ on the Switch, but then again, it's interesting to see the Shindou version translated and localized.

Version differences aside, do I recommend Mario 3D All Stars? Without a doubt. It's an easy way to replay iconic Mario titles on a modern console, and a wonderful way to celebrate Mario's 35th birthday. I, for one, have had a blast reliving my childhood experiences replaying Mario Galaxy, and I hope more games from older consoles are ported to the Switch in the future.

(By the way, I got the preorder bonus, which was a skin for the Joy-Cons! A nice little bonus for any Mario fan, and it makes me a little hesitant to pick up my Switch sometimes because I don't want to get the skin dirty....)